The new release from Meta Lab out of Las Vegas is the MOTI open/closed device, which they describe as “the next-gen pod vape system that lets you flavor your lifestyle your way,” with “pre-filled flavor pods or refillable pods in the same simple, elegant design.” That’s quite the tall order, but I must say that if any one pod device can do that, it’s probably this one.

First off, let’s talk about the “elegant” part. I think MOTI fits the bill: 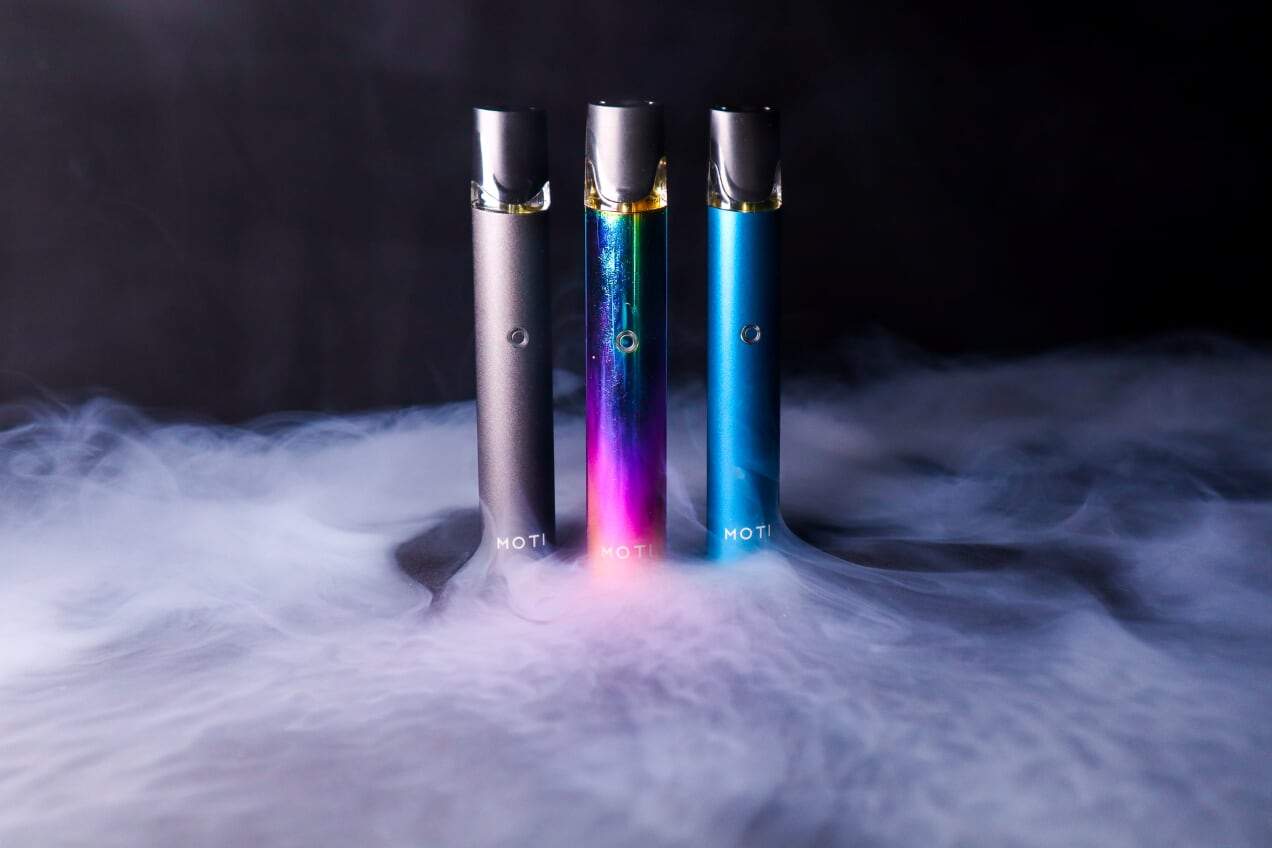 My first MOTI was “Deep Ocean,” which—like all the different colors in which the MOTI is available—gives off its hue with a shimmering effect that is very pleasing to look it while you puff away. So I would definitely agree with their claim that this is an elegant-looking device.

The other colors the MOTI is available in are Deep Blue (kind of a teal), Robinegg Blue, Aurora (iridescent multi-colored), Cherry Blossom (pink), Classic Black, Red, Lemon Yellow, Pearl White, and Warm Gray. (Some of the colors aren’t available in all markets yet, but the Deep Blue I have is definitely out.) Just naming the colors doesn’t really do them justice; they’re all a lot more “elegant” (to use MOTI’s phrasing) than they even sound.

The device itself has an impressive 500mAH battery, which will last most vapers all day, and if you do need to charge it, the battery gets totally powered back up within 50 minutes. If you make a MOTI your main vape, I suggest getting two devices. You can charge one while you’re going to town on the other, and then keep swapping out just those two devices all day long.

MOTIs can be used with either their pre-filled salt nicotine e-juice pods or with refillable pods that you can put your own e-juice into (which I talk about below). The Starter Kit comes with (along with the device, USB charging cable, and user manual) either one refillable pod (no juice included) or one pre-filled pod in their Classic Tobacco flavor. Like all of the pre-filled MOTI flavor pods currently available, the juice is 5% (50mg) of straight up nic salt nicotine power. 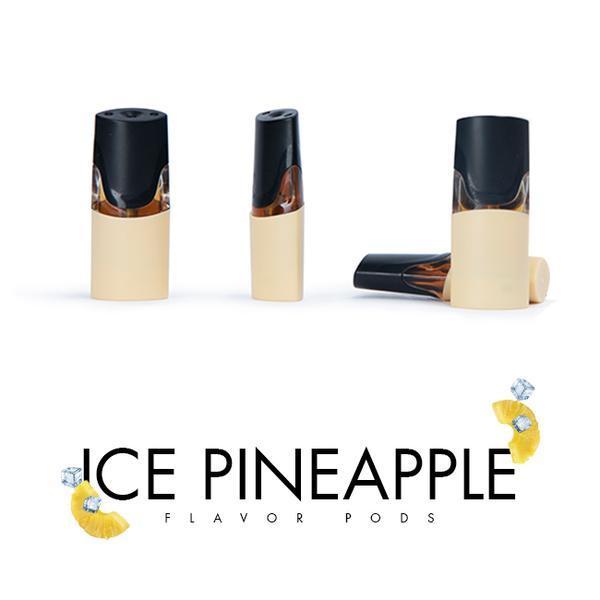 Like … holy crap powerful. The nicotine comes through so fast and so well, you might want to be sitting down or at least have something to hold onto when you have that first deep draw. If you don’t have much time to get your nic fix during work breaks or while your girlfriend isn’t watching or something, then you are definitely going to get what you’re looking for.

They sent me a full collection of the flavors that are either available now or soon will be: Classic Tobacco, Cool Melon (menthol and honeydew), Ice Pineapple (menthol and pineapple), Cubano (a more cigar-like tobacco flavor), Strawberry, and Menthol. I don’t really like tobacco-flavored e-juices—they seem to have all the unpleasant part of real leaf and none of the subtleties—but I found all of the other flavors strong and pleasing. I say that with the caveat that the salt nic will blow the back of your head off, so it’s a slight bit harsh, but you very quickly get used to it and then the flavor comes through nicely.

In my opinion—which I assume you’re interested in, since you’re reading this review—it’s with the MOTI’s refillable pods where the whole system really shines. The empty pods come in a 4-pack and attach magnetically to the device itself, which keeps it in place very well while it’s in use. You can fill it with any e-juice you like in a pod by lifting off the main cap and the little silicone stopper that keeps the juice from leaking. I’ve used mine for a couple of weeks, and (a) I haven’t experienced one leak; and (b) I still haven’t needed to change the pod due to the coil burning out. For a device as small and convenient as this one, that’s pretty impressive. 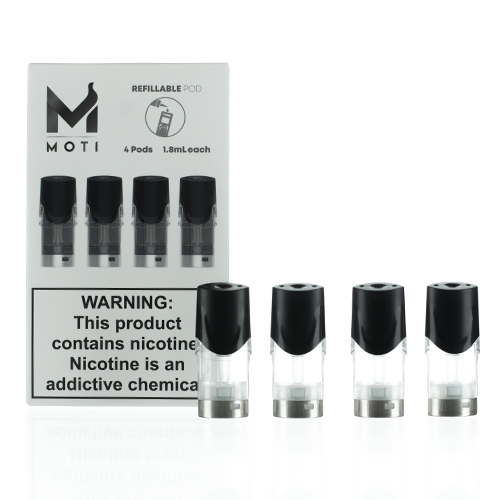 MOTI says that the pods work best with salt nicotine juices, but I’ve used exclusively traditional juice and have gotten full flavor and very nice clouds for a pod device. I did try one refillable pod with nic salt juice and had the same results, so either way you go with the MOTI, I expect most vapers to be very satisfied.

Both kinds of pods supply as much as 800 puffs with a full tank—which will take you through an entire charge of the MOTI device and then some—hold 1.8ml of juice, and sport a resistant range (for you techies) of 1.2Ω to 1.5Ω. They also heat your juice with a “6th-generation honeycomb ceramic core,” which they boast is the most advanced such technology in the industry.

After being disappointed by both the JUUL and SMOK pod systems, I didn’t have high hopes for the MOTI. But I must say this has quickly become my go-to pod device—it looks good, it provides really great flavor from my e-juices (and from theirs as well; although it wasn’t one I would choose, it really volatilized the e-liquid), it makes a nice cloud, and the coil lasts forever. 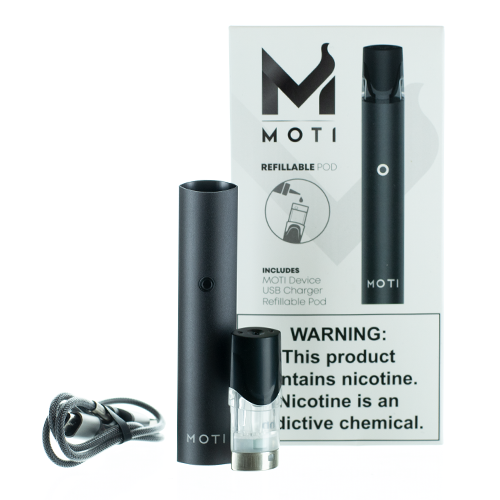